After a tough 2022 for stocks and bonds, many are worried that a recession could cause markets to decline further. While this is certainly a possibility, our friends at Dimensional Fund Advisors have compiled some research regarding the timing of recession announcements, as defined by the National Bureau of Economic Research, and US market lows. The results may surprise you.

While talk of a recession can be discomforting, history shows that often the worst has already passed.
See below:

Exhibit 1: US Recession and Stock Market Performance During the Global Financial Crisis*** 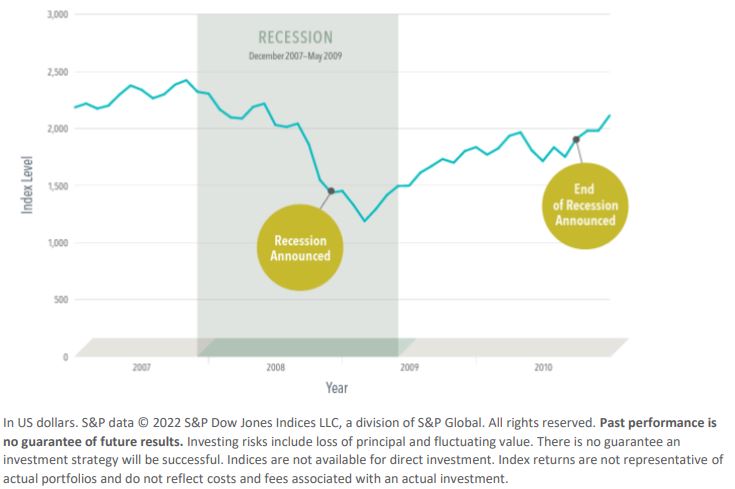